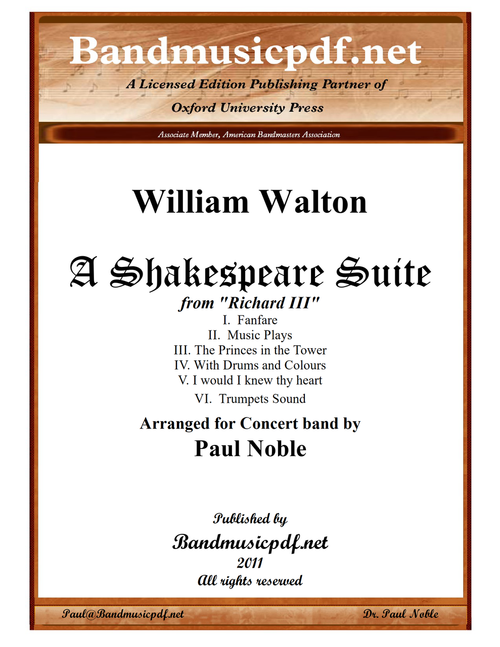 This music was composed in 1955 for the film "Richard III" and has been adapted for orchestral concert use by Muir Mathieson, and this Concert Band arrangement by Paul Noble. The orchestra version has been recorded on Columbia Records by the Philharmonia Orchestra conducted by the composer, under the title "Shakespeare Film Music". Concert Bands will find this music to be quite accessible, with abundant doubling, as was in the original scoring. The quality of William Walton's compositions should make this adaptation a "must" for festival performance, and a delight for audiences with an interesting touch of Renaissance.